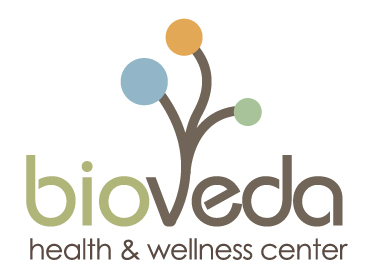 BAX (did I spell that right?) is the best.

I brought my son in for treatment at the beginning of 2012 (he’s 5) and not only did the treatments clear up his allergies it also improved his disposition beyond all recognition. I highly recommend BAX for allergy sufferers. Thanks Dr. Brett!  CHK

Now I’m driving with the windows down on a nice days.

Read more about how this skeptical person became a believer

I thought I would never be able to again.  Last October my allergies were bad. I was skeptical about the BAX treatment but everyday now I am so glad I tried it. Breathing is a real pleasure now.  MT

Joshua began Bax treatments in April 2009; He is an asthmatic with many allergy problems.

Read more to see if Joshua is still on meds

Josh is 9 years old and has been suffering with allergies and asthma since he was an infant. Our family was living in a house with toxic black mold when he began to have complications and breathing problems.He was very sick during the late winter, early spring months. He had the flu twice, then pneumonia with a hacking cough that seemed to last till summer. Joshua was on 30 mg. Previcid, 15mg. Singular, 10mg. Xyzal, Nasonex, Albuterol inhaler as needed and 2 puffs of  90mcg. of Pulmicourt once daily. Our pharmacy bill was sometimes over $200 a month for Joshua alone with insurance.

He has now completed two full procedure groups of Bax treatments with Dr. Brett and Dr. Anne Marie. Since April we have decreased his medicine. He is completely off of Singulair, on 5mg. of Xzal and we are looking at taking him off completely by the next appointment with the pulmonist. He is also down to only 1 puff of Pulmicourt once daily. He rarely uses the Nasonex and very rarely needs his inhaler. During the fall months which are normally very hard on him with seasonal allergies, he had no problems. In fact the only time his asthma acted up a little was when he had an early battle with the flu. This time however he had recovered very quickly with no long coughing battles to get through.  He no longer has dark circles and bags under his eyes. In fact, he is the one who asks me to make his appointments with Dr. Brett; he knows that through this he is receiving healing and renewal in his body.

We are very thankful to Drs. Brett and Anne Marie and their team at Marshall’s Creek Chiropractic.
By this summer Joshua should be close to being completely medicine free and we are very much looking forward to that day!!

If you or a family member is suffering with Allergies or Asthma, we urge you to give this a try. It was by far the best thing we have chosen for Joshua.

Let me start by saying I have always loved shellfish. Unfortunately, in my teens I developed an allergy to it.

Anytime I ate any type of shellfish I would become violently sick. The allergy continued to worsen so that I could not even touch it. Peeling shrimp would cause my hands to break out in hives. I hated giving up something that was such a part of my family’s summers, but it wasn’t worth being that sick. I never thought I would eat shellfish again.Well, I have great news! I recently underwent treatment with the BAX at Marshalls Creek Chiropractic. I am thrilled to let you know that I not only prepared but also ate fresh seafood with risotto for dinner the other night. There were clams, shrimp and scallops in it and they were delicious! The best part was that I had absolutely no reaction! No hives, no getting sick. I am so thrilled to have something I enjoy so much back in my life! Thank you Marshalls Creek Chiropractic and the BAX !

I have a patient who came to my office with Parkinsons Disease and complaining of chronic fatique, depression, muscle and joint pain.

She would wake up in the morning with the intent to accomplish alot, but after breakfast she would not have enough energy to do anything but sit on the couch.  If she had to go out at all, she would return and just go to bed.  This patient was classified as a severe protocol patient for BAX Therapy based on her state of chronic fatigue and depression.  The patient recieved 25 treatments with the BAX for a combination of known allergens, environmental pollutants, common food allergens and phenolics.This patient now self reports having been able to repaint her home and living a more active and full lifestyle.  The patient reports a significant increase in energy, a nearelimination of the chronic fatigue symptoms, a decrease in muscle and joint pain and a general alleviation of her depression.  Now she forgets to take her Parkinsons medication and doesn’t realize it.  It used to be that if she forgot her meds her hands would start to shake.

After a self inflicted “through and through” wound, to the thigh, I was forced to go on a round of some powerful antibiotics. No less the 10 minutes after taking each dose I would get the worst headache.  Dr Brett pulled that specific antibiotic up on the Bax and treated me accordingly.  Surprised to say I have not had a single headache as I continue to take my antibiotics.  Now, if there was only a treatment for stupidity I might not have been injured in the first place.

Read on to see what works!

I was a thirty year, one to three packs a day smoker.  I was also no stranger to quitting.  Multiple attempts over many years with smoke cures such as the ear staple, the patch, hypnosis, Zyban, acupuncture, Chantix and the E-Cig, to name a few, had failed. And let’s not forget the dreaded “cold turkey method”, the withdrawal symptoms of which brought my family and friends to such levels of fear being around me.  They all begged me to return to smoking.  There are some of you out there who know exactly what I’m talking about.

Fast forward to October of 2010 when I am introduced to Just Stop, a product offered by Marshalls Creek Chiropractic.  Dr. Brett, who I trust implicitly, advised this product is superior to all other smoke stop methods.  My fear of another failure prevented me from trying Just Stop at that time.  Four months later, in February 2011, I changed my mind and my life.  I am proud to say, I am finally a non-smoker.  Thank you Dr. Brett & Just Stop.

Equally important, I’d like to briefly testify to the fact that this product, a combination of supplements and laser therapy, leaves you with virtually no withdrawal symptoms.  There are absolutely NO side effects like other so-called remedies such as shaking, agitation, mood swings, tremors, muscle tightening, headaches, stomach cramping, nausea, freakish dreams or nightmares to name a few.  Changes in life routine?  Not necessary. There is no need for hand to mouth activity like sucking air from a straw, biting nails, etc. There is no need for constant gum chewing or eating candy AND no increased appetite or need to supplement by eating more than normal!!!  To my surprise and amazement, a very calm and peaceful process which leads to complete success.  A happier & healthier future for me.  Bonus?   “Someone” even told me I no longer smell.  Apparently smokers’ smoke smell precedes them wherever they go.

So, if you’ve ever wanted to stop smoking or are just thinking about it for the 1st time, please make your future health a priority!  Use my past as a lesson and my present success as motivation.  You will achieve success with Just Stop.  Take my word for it, this has been the most pleasant smoke stop experience I could have ever imagined and it will be for you, too.